Home Mondo Is Texas’ Disaster a Harbinger of America’s Future?

AUSTIN (Texas), February 18, 2021-A few days before Texas went dark, Elon Musk appeared on the Joe Rogan Experience to tout the wonders of the Lone Star State. Both Rogan and Musk have recently moved to Austin, part of a wave of privileged migrants who have come to Texas for lax regulation, low taxes, and great tacos. On the podcast, Musk said Austin “is going to be the biggest boomtown that America has seen in 50 years, at least.”

Anyway, that’s what social media posts I’ve seen report Musk said. I had planned to listen to the podcast the other day, but then it started snowing here in Austin, and a car beside me spun out in front of me on an icy highway, nearly sending me into a concrete abutment. Ever since, life has gotten, shall we say, complicated. The power went out at our house Monday at 2 a.m., and since then, my fiancée and I and have been trying to keep ourselves warm and sane and our water pipes flowing during 10-degree nights. We finally fled to a friend’s house which, miraculously, still had power.

The blackout, which has lasted 56 hours so far, and has left nearly three million people without electricity (as of this morning). As I write this, a big part of Texas is cold and dark. Businesses are shut down. Streets are empty, other than a few guys sliding around in 4x4s and fire trucks rushing to rescue people who turn their ovens on to keep warm and poison themselves with carbon monoxide. Modern life is a delicate thread made up of flowing electrons, and it is unraveling here among the BBQ pits and hipster bars. Yesterday, the line at our neighborhood grocery store was three blocks long. People wandering around with revolvers on their hip adds to a sense of lawlessness (Texas is an open-carry state). Homeless people wander the streets, blankets wrapped around their heads.

In parts of Houston and Austin, city officials have issued a boil water notice to residents due to possible contamination from broken pipes and offline water treatment plants. In Galveston, officials called for a refrigerator truck to care for the bodies of 20 people who have died from the cold. Last night on MSNBC, former El Paso major Beto O’Rourke was in high form, saying “we are nearing a failed state in Texas” and all but demanding that Gov. Greg Abbott step down for gross incompetence. (El Paso, by the way, is the only major city in Texas undarkened by this power outage, because it is the only city wise enough to have power connections beyond the Texas grid).

Austin may indeed be a harbinger of America’s future — although perhaps not in the ways that Musk intended. Thanks largely to 200 years of hell-bent consumption of fossil fuels, our world is changing fast. Despite decades of scientific research, we have only a shadowy understanding of what’s coming our way, or how to prepare for it.

And now it is black. As I write these words, at 6 a.m. on Wednesday morning, the power just went out. We had a warm dinner last night and felt lucky. I got up early to write a dispatch. I sat in a chair in the living room and wanted to figure out a way to describe the eerie experience here and the scary way that Texas Republicans are twisting it all to their advantage. Out of the corner of my eye, I could see the neighbor with the porch light on, and I thought how weird and wasteful that was, when the rest of the city is dark.   Then, at exactly 6:04 a.m., the lights surged on and off three times, then there was a weird orange flash. I presume a transformer nearby blew. Now I can feel the cold seeping in. I am typing on battery time. (rollingstone.com) 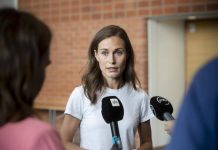 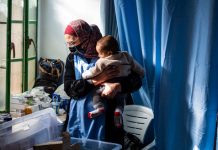 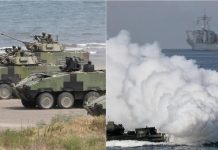