LONDON 2 November, 2020-Johnny Depp on Monday lost his sensational libel case against a British newspaper that accused him of beating ex-wife Amber Heard.

After an explosive trial that included allegations of everything from adultery to defecation in the pair’s marital bed, London High Court Judge Andrew Nicol delivered his decision following three months of deliberating.

“The claimant has not succeeded in his action for libel,” the judge wrote, saying that The Sun newspaper had shown that its 2018 story under a headline calling Depp a “wife-beater” was “substantially true.”

Nicol said he “reached these conclusions having examined in detail the 14 incidents” that Heard testified about, saying she’d been attacked by her ex-husband.

“It has not been necessary to consider the fairness of the article or the defendants’ ‘malice’ because those are immaterial to the statutory defense of truth,” the judge wrote.

Nicol also didn’t buy Depp’s claim that Heard was a “gold digger,” noting that she donated her $7 million divorce settlement to charity.

“I recognise that there were other elements to the divorce settlement as well, but her donation of the $7 million
to charity is hardly the act one would expect of a gold-digger,” he wrote.

Heard’s US attorney, Elaine Charlson Bredehoft, said the “decision and judgment are not a surprise” to anyone who had followed the trial.

“Very soon, we will be presenting even more voluminous evidence in the US,” she said in a statement of a follow-up trial expected to be heard in Virginia next year.

“We are committed to obtaining justice for Amber Heard in the US court and defending Ms. Heard’s right to free speech.”

A spokesman for The Sun said the paper had “stood up and campaigned for the victims of domestic abuse for over twenty years.”

“Domestic abuse victims must never be silenced and we thank the Judge for his careful consideration and thank Amber Heard for her courage in giving evidence to the court,” the spokesman said in the UK paper.

Depp, the 57-year-old multimillionaire star of “Pirates of the Caribbean,” had sued the paper and its executive editor, Dan Wootton, over its April 2018 headline labeling him a “wife-beater” based on Heard’s allegations.

Depp took the stand at trial to claim he was brought up too much of a Southern gentleman to lay a finger on a woman — and instead called the “Aquaman” actress the abusive one, saying she even faked photos to make it look like he injured her when really it was nothing more than a “choreographed hoax” to ruin him.

The actress “came into my life to take from me anything worth taking and then destroy what remained of it,” the actor testified.

The Sun’s star witness was Heard, 34 — who called Depp a boozing, drugged-up “monster,” saying he nearly killed her during their toxic, five-year relationship.

Depp once launched a “three-day ordeal of assaults” on her in a rented home in Australia, she claimed.

He lost his fingertip during the attack — then allegedly wrote her name in pee on the floor and scrawled hateful messages on mirrors using the bloody stump of his finger.

Depp was supposedly jealous over her friendship with co-star Billy Bob Thornton — one of a series of people he accused Heard of having affairs with. Others included actors Leonardo DiCaprio and James Franco and Tesla mogul Elon Musk, the court heard.

Then, just when it seemed the former couple had hit a new low, Depp testified that he dumped Heard after she or a pal defecated in his bed out of vengeance — and snapshots of the offending feces were entered into evidence.

But even with Monday’s ruling, the former Hollywood couple’s battle is far from over.

Depp is still suing Heard for $50 million in Virginia over a Washington Post op-ed she penned about her experience as a victim of domestic violence. While Depp wasn’t named in the piece, he insists it was strongly inferred he was the perpetrator.

She has filed a $100 million countersuit. 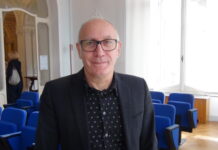 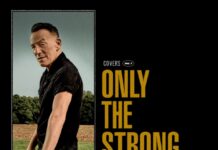 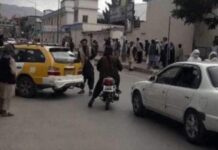