BELFAST may 2, 2022-The DUP has accused Sinn Fein of seeking to build an alliance on a border poll with “people who are still involved in murder on our streets”.

In the UTV election debate, Sir Jeffrey Donaldson challenged Michelle O’Neill after the revelation that her party wrote to the dissident republican group Saoradh to seek engagement on “developing a common strategy and co-operation” on a referendum.

“We have been saying now for weeks that Sinn Fein are trying to hide that their number one priority is for a border poll,” the DUP leader said.

“Others have been saying, ‘Oh no, this is not an issue’. But it is an issue when we have Sinn Fein looking to build an alliance with people who are still committing murder on our streets to deliver their unity poll.”

Saoradh is reportedly the political wing of the New IRA, which shot dead journalist Lyra McKee in 2019. The party denies it has any link to violence.(from belfasttelegraph.co.uk) 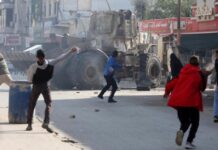 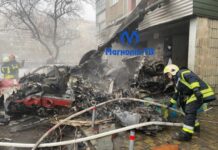 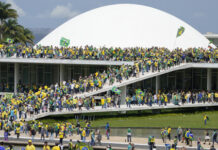