At least five people were shot, according to preliminary reports, although the condition of the five victims was not immediately available. Additionally, a New York City Fire Department spokesperson told NBC News that 13 people were injured in the mayhem, though it was unclear how many of them were shot. Police also said they were seeking a suspect identified only as a man wearing a gas mask and an orange construction vest.

A spokesperson for the NYPD told Rolling Stone said the investigation is still ongoing and a press conference will take place soon.

Police officers were alerted to the incident at around 8:30 a.m. ET, receiving reports of smoke inside the subway station. First responders also found several undetonated devices around the station, which is located in the Sunset Park neighborhood of Brooklyn. On Twitter, the NYPD confirmed there were “NO active explosive devices at this time” at the scene.

One witness told The New York Post that she “lost count” of the numbers of rounds the shooter fired off and saw the man drop “some kind of cylinder that sparked at the top… I thought he was an MTA worker at first because I was like, I didn’t like pay too much attention. You know? You’ve got the orange on.” (fonte rollingstone.com) 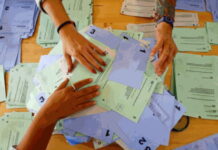 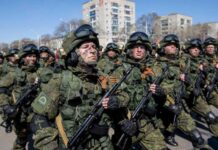 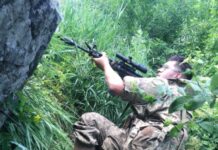