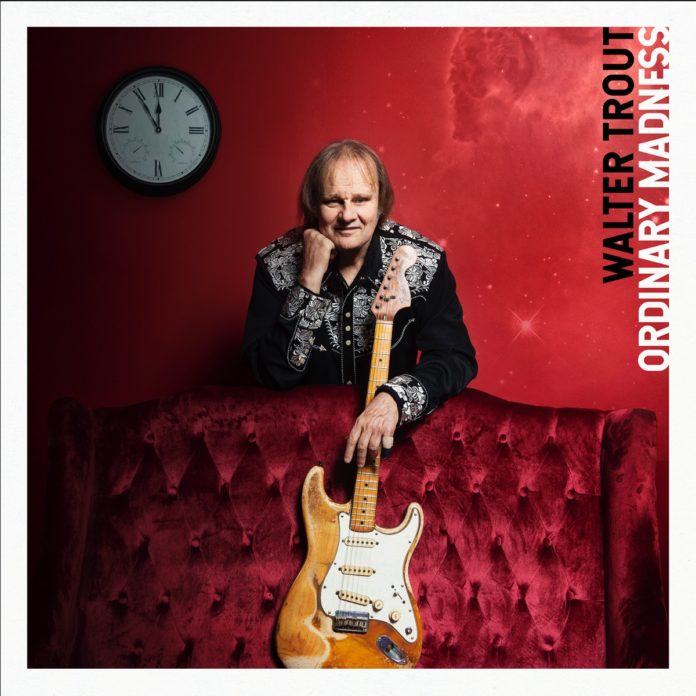 “This album started because I was dealing with the flaws and weaknesses inside me. But through the writing process it became clear that the feelings I’m dealing with are universal.”

“Ordinary Madness is an evolution of my songwriting. The artists I respect most – from Bob Dylan to Neil Young – are the ones who seem to be fearless and push the envelope. They inspired me to do the same.”

The album was completed days before lockdown in the US, and its themes of shared troubles chime with current events.

For Walter Trout, there are no ‘us’ and ‘them’. Across his five-decade career, the great US bluesman’s music has always been a lifeline and call-to-arms, reminding listeners they are not alone. Now, as the world seeks solace from a tragedy that has touched us all, he comes armed with a boundary-exploring new studio album featuring eleven searingly honest songs that bring his fans even closer. “There’s a lot of extraordinary madness going on right now,” considers Trout, of the COVID-19 crisis.

Trout, admirably open about his troubled youth, and his own ongoing struggles with mental health, the bluesman had spent recent tours soothing himself by scribbling down his thoughts and feelings. It was only later he realized he’d just written the most honest lyric-sheet of his career – and felt he had an opportunity to let fans share and identify with him. “Everybody is dealing with something,” he says. “And I’m no different from anybody else. Ordinary Madness doesn’t mean you’re gonna end up in a mental institution. It’s just being human. It’s common humanity.”

Despite its stormy, ambient guitars, Wanna Dance nods to happier times after Walter’s life-or-death liver transplant of 2014. Always a sympathetic collaborator, Trout worked with the US blues singer Teeny Tucker on the bereft All Out Of Tears – a tribute to her late son. Heartland is a metaphor for anyone who realizes that if they want to achieve their dreams, they may have to go and be somewhere else.”

As with all great confessional albums, Ordinary Madness is both deeply personal and utterly ubiquitous. As these songs unfold their message speaks from the perspective of the songwriter, while ultimately chronicling the human condition. And in this unprecedented era, with our souls and spirits under fire from tumultuous global events, the cathartic song craft and themes of shared troubles couldn’t chime better. “I can’t wait for people to hear Ordinary Madness,” says Trout. “Because I think this album speaks to these times.” 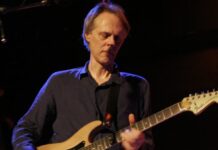 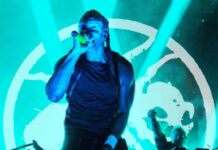 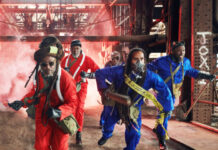 Al via la nuova stagione del progetto “All U Can Rock”...